Following the hugely successful Top Ten Wenger signings many fans (I assume of other teams) were quick to point out a number of his failures. So I though, in the interest of fairness, that I should compile a list of Arsene Wenger’s worst signings. I thought that this would be easy as there are so many off the top of your head. Then I thought about the issue more deeply and struggled to come up with a definition of failure. It is easy to determine success as it is very measurable but how do you define failure in a relatively successful period in the club. If it is trophies than surely the last few years of transfers have been awful but they surely aren’t the worst.

I have then considered price tag and expectation alongside role in the team as something to measure against. If any of these were high for the three aspects I just mentioned, then I will be more critical. For instance a player who comes in on a free transfer and nobody has heard of him will not be measured against the next big thing who flops regardless of who the better player is. Slightly different criteria to my last series but the same principle so let’s crack on!
Honourable mentions must go out to Pascal Cygan, Oleg Luzhny and Philipe Senderos all very poor players who had some bright moments which kept them out of the dreaded list below. Looking at the position, anyone think they might be seeing a trend or perhaps this is just a coincidence.
10. David Grondin - In: £500k    Out: Free
We start off with someone I doubt many fans outside of Arsenal will even recognise. In fact you would be forgiven as an Arsenal fan to not have even heard of him. He only made four appearances for the club with only one in the Premier League and was bought at the same time as Christopher Wreh (a close miss on the list) who was cheaper and played more. In fact Wreh even started in the FA cup final. Either way Grondin is the first on our dubious list.
9. Jermaine Pennant – In £2m     Out: £3m 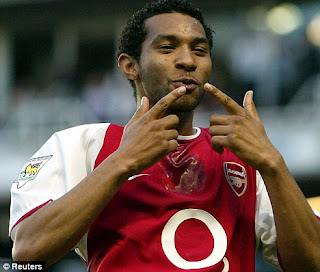 Jermaine Pennant was signed as a 15 year old with ridiculous expectations. I myself was caught up in the hype and expected miracles. To be fair, he did score a hat-trick on his first start for us which everyone hoped would set the tone for his career but a string of legal problems mainly due to drink driving offences scuppered his career at Arsenal. Whilst he didn’t play many games and was sold for a profit he was definitely a failure given the expectations he came with.
8. Tomas Danilevicius – In: £2m     Out: Free

Another one who enters the list in the category: “Who the… is that?” To that I say, a really bad player. He was a tall striker signed by Arsene Wenger for around £1m, yes twice the fee he paid for Nicolas Anelka and what a difference. He clearly didn’t impress as he did not last very long at all. He was loaned out and eventually sold only able to make a handful of appearances. A really bad buy by any measure.
7. Igor Stepanov - In: Way too much 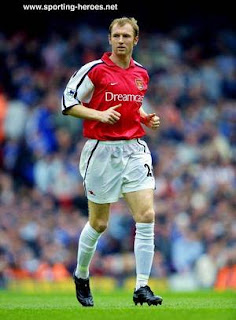 Despite a relatively bright start for Arsenal where he was beginning to establish himself as an option it all went very wrong one fateful day in February. It was unheard of that the Arsenal back four would concede 6 goals in a single game but Stephanov did his utmost to ensure that he could disprove these ideas. He was almost singlehandedly responsible for the goals. The fans would never forgive him and neither had it seemed could the boss. He never recovered and neither did his Arsenal career. Not only was he awful he was one of the major contributing factors to one of Arsenal’s worst days ever.
6. Mikael Silvestre In: £300k     Out: Free 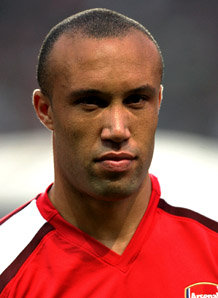 If Igor Stepanov was bad for Arsenal than Mikael Silvestre was atrocious. He never ever displayed anything but calamitous displays and was almost immediately hated by Arsenal fans. Not for anything he had done in his past or even his work ethic but the fact that he really looked awful every time he stepped on the pitch. There was no surprise that he was to be sold, the only surprise came when Werder Bremen actually wanted him. Truly past it.


Tomorrow we should have pre-match news and a roundup of a few other bits and bobs... The list of worst signings should be concluded by the weekend.
Have a lovely evening!
GoonerVerse
Posted by Goonerverse at 21:07