Evening Gooners,
I sit here today hung over and suffering but still full of joy. Joyful that Arsenal bounced back from their mini-blip in fine style with a thumping 4-0 victory. Arsenal were well on top for the majority of the match and it was great to see such a variety of scorers. As much as I love seeing Van Persie score it was great for some of the other lads to chip in. Four different scorers from the one man team… I love it.
As promised, I have finished the list of worst Arsene Wenger signings which for some reason has been more popular than his best signings. Anyway, here is the conclusion of the list:
5. Alexander Hleb In: £13.5m     Out: £15m 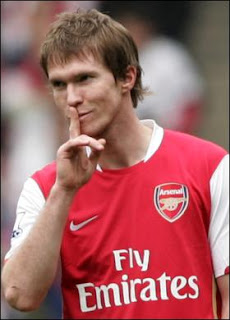 On the surface this seems a strange choice, especially so high up the list. He was a tidy player who was a first team regular and a vital part of the team in his time. He came with very high expectations and was regarded as one of the most feared players in the Bundesliga. It was somewhat surprising then that in his time at Arsenal he was too scared to do anything of substance. I am surprised that bookies did not take bets on how many times he would pass the ball from a goal scoring opportunity. It was very frustrating to watch him and I imagine even harder to play with. Despite that Arsene Wenger managed to turn a profit when Barcelona inexplicably wanted Alexander Hleb. It is fair to say his awful performances weren’t rewarded with an extended run in that team.
4. Richard Wright In: £6m      Out: £3m 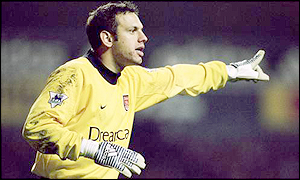 Richard Wright signed for Arsenal for a relatively large fee for a goalkeeper and was lined up to be the long term replacement to David Seaman. Despite playing second fiddle, the expectation was that he would be the man to be the pillar of Arsenal’s defence for many years but it just was not meant to be.
He got a chance to show his worth sooner than expected when he came in for the injured David Seaman. He did not take it as his form can only be described as atrocious and was quickly usurped by the young Stuart Taylor.

His Arsenal career was very short, in fact just a year which saw his stock fall by 50% and to the relief of many a Arsenal fan, he was never seen sporting the Arsenal Goalkeeper Jersey. 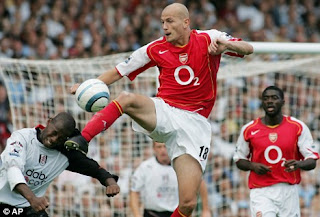 Despite being a part of the Invincibles side which swept all before them, Cygan can only be described as a liability. He made you cringe watching him and one can only wonder how a professional footballer can look so unnatural on the football pitch. He rarely looked comfortable and every moment he touched the ball was a moment of anxiety for anyone who supported Arsenal.
It was amazing then that, Arsene Wenger actually managed to find a buyer that was willing to pay them £2m of real money. Truly stunning.
2. Jose Antonio Reyes In: £11m     Out: £10.5m. 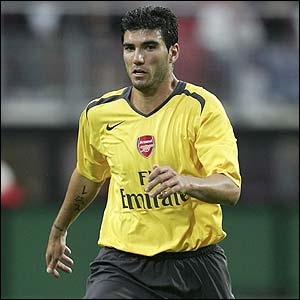 Jose Antonio Reyes was only 20 when he joined Arsenal from Sevilla in the January transfer window of 2004 for around £11m. He struggled to ever really settle in at the club and despite some good form in patches he managed to score just 23 goals in two and a half seasons. This wasn’t a great return from a player who had some huge expectations and was touted as one of the future greats. He took time to get off the mark despite scoring on his debut. Just a shame it was at the wrong end of the pitch.
Despite immense potential, being homesick clearly took its toll on him. His form seemed to coincide with the weather and quickly returned to Spain ultimately leaving as a failure and one of Wenger’s most disappointing acquisitions. 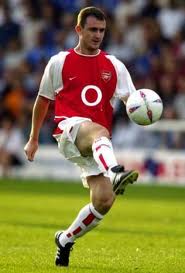 Francis Jeffers was hands down Arsene Wenger’s worst signing ever. From whichever angle you look at it, it was a disaster. He lost huge sums on him, he hardly played and when he did he resembled the thing you need to look out for when taking a stroll in the park. He came with the title of the "fox in the box" something Arsenal apparently needed. Wenger signed him from Everton in 2001 for a mammoth £8.5m and only managed to get £2.6m when he offloaded a few seasons later to Charlton.
Though it is a bit harsh to him seeing as he was a young player who had little to no playing time, the sheer hype around him is reason enough for him to take the top spot. A truly, truly awful player and by far Wenger’s worst ever signing.
GoonerVerse
Posted by Goonerverse at 16:35